It takes a very special man to look at an inner city abandoned gravel pit and envision an instructional golf course – an urban oasis that opens doors and creates opportunities for the community’s youth. It takes a man of intense will and determination to make that vision reality.

Ed Mauro is such a man. In 1997, when he began the task of creating Button Hole, Ed already had an impressive list of accomplishments – a successful entrepreneur and business man; he had also made his mark as an outstanding golfer. In 1965 he won the State Amateur and was among top contenders in that event and others for many years. Mauro began giving back to the game even as he played, serving the Rhode Island Golf Association in many ways, including as president. As an avid golfer, Mauro believed in the power of the game and its life lessons to help guide young people as they grow into adults and he recognized the particular benefit for inner city youth.

More than 25,000 disadvantaged children live within three miles of the gravel pit that Mauro, together with a board of committed supporters, worked tirelessly to turn into the Button Hole Short course and teaching center. When it opened in 2000, Button Hole’s mission was simple- enrich the lives of young people by providing facilities and programs that develop strong character, teach life values and champion success through the game of golf. Youngsters who become “Button Hole Kids” use the facility for $1. PGA Tour stars Brad Faxon and Billy Andrade became active supporters. RIGA moved its office to the site.

From Ed’s vision and drive Button Hole has become one of the region’s most successful community resources, nationally recognized for its programs and facility exposing over a thousand kids each year to the game of golf and its values. 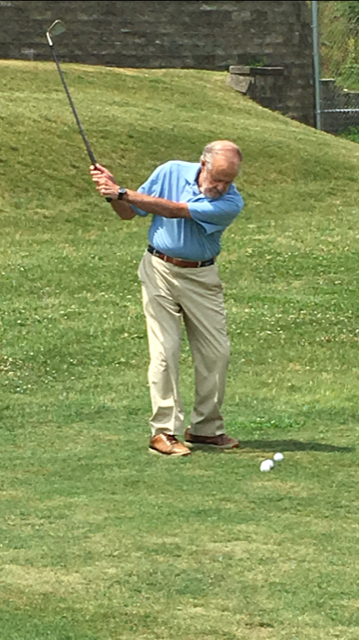 When you make a donation to Button Hole you are partnering with us to make a difference in the lives of young people of all backgrounds with the opportunity to learn life skills through the game of golf. Donate